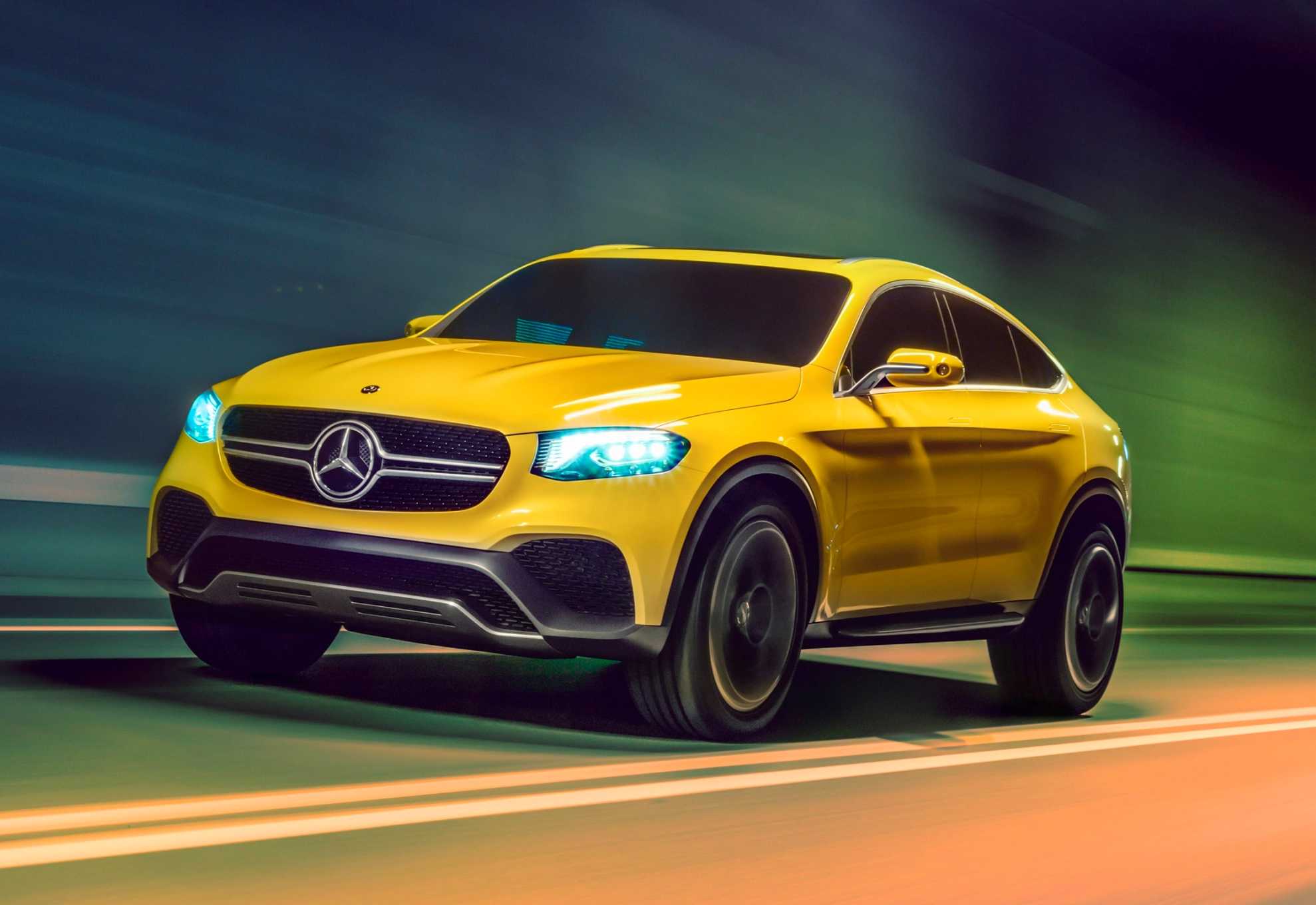 While Mercedes-Benz doesn’t outright say the GLC Coupe concept is headed for production, they do say it’s a “near-production-standard study” that closely previews an upcoming road-going version.” Mercedes also says that sales of coupe-like crossovers have been a success for its rivals and a production Concept GLC Coupe was a logical extension of the Mercedes’s lineup of four-door coupes. 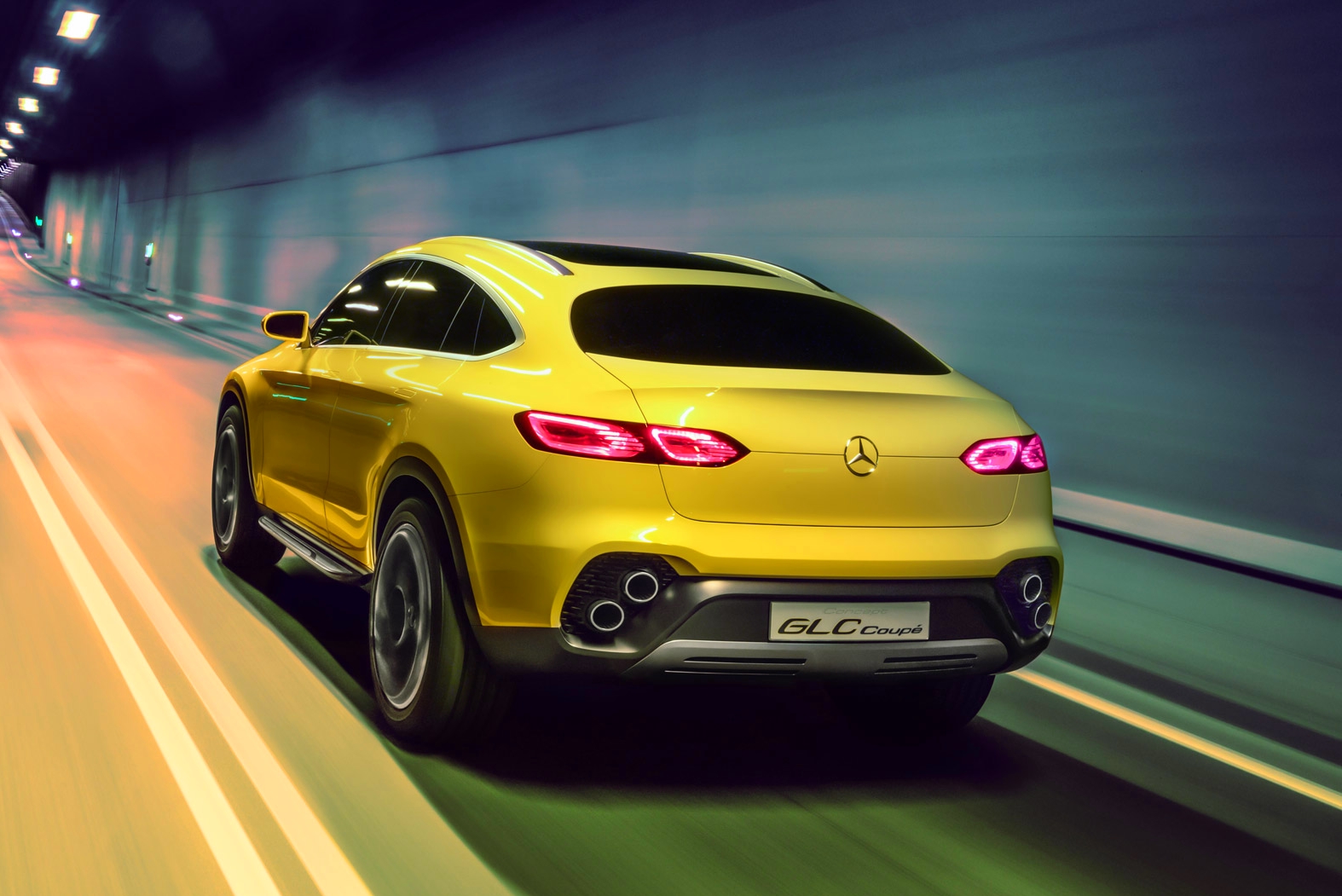 Engine-wise, the GLC Coupe utilizes a twin-turbo, 3L V6 pumping out 367 hp and 387 lb-ft of torque, currently found in some AMGs in the Mercedes lineup. So it’s pretty safe to expect this to be the AMG engine as opposed to mere pedestrian GLCs. Expect 4Matic to come standard in this market. A nine-speed automatic transmission ties it all together for nice, punchy, muscle-bound crossover.